Delhi Karnataka Sangha has an excellent collection of books at its Library.

Kannada books from classic literature to modern science are available here. Academies, different departments of Delhi and Karnataka Government as well as publishers have contributed to build this library with a collection of over one lakh books.

Writers, scholars and journalists also contributed by donating books from their own private libraries to build a treasure of Kannada books in the national capital at the Library of Delhi Karnataka Sangha.

The Library located in the basement of the Sangha building has reading rooms that accommodate about 40 people at one time. Infosys Foundation also has provided financial support to the Library, after the new Sangha building was opened. Along with Kannada books, the Library also has a few English and other language books in its collection. Most popular newsmagazines are available for readers.

Sangha members can borrow the books from Library during working hours between 10.00 a.m. to 5.30 p.m. Others can refer the books at the reading room of the Library.

Delhi Karnataka Sangha has one of the best Auditorium in the City which can accommodate 260 people with 100 seat balcony. The fully air-conditioned Auditorium is well equipped with digital sound and lights. The hall is ideal for large conferences, seminars, film screenings, presentations, theatre and cultural performances of all kinds.

The Seminar Room is located adjacent to Auditorium at balcony level and makes an excellent support room for speakers. Equally, it is an ideal venue for a prestigious board-style meeting or small independent meeting of up to 40 people. This room could be used as break out room from a large plenary session. Air-conditioned and with natural light, the room has excellent black-out facilities.

Situated in the ground floor of the DKS cultural complex, the art gallery provides an excellent space for the artists for exhibiting their creative works like drawings, paintings, installation, performance, interactive art or sculptures etc. Individual artists, groups of artists or collections of a specific form of art could be displayed easily in the DKS Art gallery. The art gallery may also use for specific occasion, like a birthday, anniversary or commemoration. For details please contact DKS Office 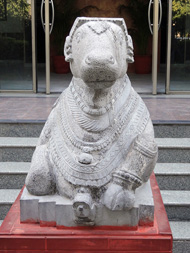